A poem a day, Anything that does to mind, Autumn, Day 3, Dream, Fall, Hope, Leaves, Memories, NaPoWriMo, pleasant thoughts, Reality 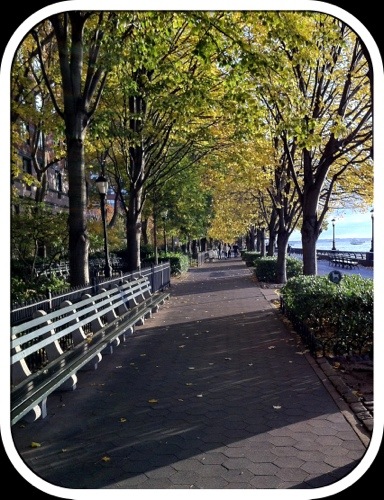 Hidden from the
blank stares of common eyes

Camouflaged
in the autumnal rustle
of percussive willows

I hear footfalls
curtaining everything
that walked
before or after

**Posting this poem for Week 13 of Open Link Night at d’Verse Poets Pub – the favorite hangout for poets and artists! Check it out… NOW… for now is the best time! 🙂 **
***Also wanted to let you know that is a poem which Vayavya has kindly featured on their wonderful blog… A huge thanks from me to the Vayavya team for featuring this poem… Luv y’all!! ***

Allowing past to rule, dversepoets, Endless, Eternal, Leading memories to a future, Memories, OpenLinkNight, Sandglass of yesteryears, Time waits for none, Waiting for nothingness, Watching as time passes by 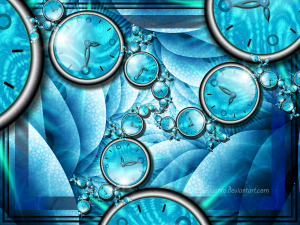 **Posted for the grand opening of dVersePoets – a place for poets, poems and their friends :)**

***And here, I just wanted to let you all know that I am having an awesome time in India… Yes, I am still jet lagged, and even after a week into my trip, I am living on New York time :)… but it’s alright, cuz my parents are really impressed that I wake up so early… LOLZ ! Anyway, I have a looooong day ahead of me today, I am really hoping that I don’t fall asleep in the car while my hubby’s driving… I hate dozing off in the car! Can’t afford to miss the lush greenery around me this time… the coconut groves are BREATHTAKINGLY beautiful! Yes yes, I WILL put up some pictures soon!! I promise! 🙂 Take care, you awesome peeps! Love you all.. And am missing you like crazy… booohooohoo***

Despite all the promises made
Of never leaving the other
To him a farewell she bade
For her, he was just another

But as the tides of seasons ebb
And strength begins to fray
In his mind, grows a thin cobweb
Of dreams and faces gray

**Posted for the wonderful Magpie Tales (week 57), hosted by Willow Manor.. Check it out for other lovely takes on this prompt.. **

First of all, sorry about the delay… It’s about 3.30pm here, and I was hungry.. so time had to stretch itself a bit…But even if I (my post) don’t qualify, it’s ok.. I just wanted to relive those fun memories, and wanted to share it with y’all..

For more on this awesome contest, visit BlogAdda! !!! 🙂 And by the way, this cuteness is sponsored by…. PRINGOO!!!!!

So here I go!
I am as boring as they come… Joyrides scare the hell out of me, unwanted risks pain me and the list goes on.
Yet, I have had my share of crazy mad moments…

1. When I skydived!
Good God! What ever made ME wanna do that, I still have no clue… But going up those 13,500 feet above the ground, in that little thing they called a plane, was too much for me!!!!
And then, there I was, tied well to my tandem partner, standing at the edge of the plane, breathing in the ultimate freshness, and responding to his ONE .. TWO.. THR…Oh WTF! I am jumping… no no I am flying… heck no.. I am just falling!!!!!
A minute of free fall… and I knew what a rock must feel like, when tossed! 🙂 Sometimes seeing the sky, sometimes the earth, then some clouds, then some buildings….down down down down… and then…ZOOOOPPPP!!! The chute opens up! And I could hear myself screaming in a pitch that I never knew I could go to!
And then those 7 minutes of pure floating… hands free (in the truest and best of senses).. while my partner did all the parachute controlling. He knew I was no good, and that all I could do was scream and sing from up there! I even asked him to keep me in air for a minute more, and he did acquiesce to my whim… gee.. I love him for that!!! 🙂

2. When I stood on my seat and danced in a movie theatre, and was applauded too!
I was a little kid when this happened (thankfully!), and the movie was Sanam Teri Kasam. So I was with my parents, watching this movie, and the title song was playing… And all of a sudden, I stand on my seat and start dancing, total Bollywood style! 🙂
I used to and still do LOVE DANCING! So my action didn’t come as a surprise to mom and dad. And yet, they made valiant efforts to get me to sit.. But in vain ofcourse! And very soon, everyone in the movie theatre was looking towards me, whistling, cheering me and clapping… That’s when I realized what was going on, and just as suddenly as I had started dancing, I sat back in my seat, silent and embarrassed!! 🙂
This incident haunts me even now, cuz my parents don’t fail to mention it (or rather, bring it up again) to family and friends.. And all I can do is cringe and smile sheepishly..

3. When I spoke incessantly for hours over the phone with my now husband (but then, budding boyfriend) even AFTER I realized that he had fallen asleep listening to my talks!
Yea, it was my first ever cellphone, purchased with my own salary, from my first ever job! I was staying at this place, as a paying guest, and he was staying a few miles away from mine. After our usual evening hangouts with friends, he had dropped me off at my abode and had just reached his own house. And there! Tring tring.. I call him! I talk and talk and talk… he too was talking initially. Then I went up to the terrace (cuz the other girls had decided to call it a day!) and I continued to talk.. I heard him yawn over the phone, and even told him a good night! But I never hung up.. and went on with my yapping! And then I heard some steady breathing from the other end of the line. I was irked to the core by the fact that he had fallen asleep as I was speaking!!! But I didn’t want to admit this fact. So I continued to talk. And finally, after speaking for about 15 more minutes into a phone with no reply, I hung up!!!
Funny?! Crazy? I say stupid!!!!

4. When I was chased by a dog!
I was returning with stuff purchased at the local grocery store, and had decided to take a shortcut home, and jump gates! And there was this stray dog doing what he does best – taking a nap! Apparently, the noise from my jump woke him up. Now… some wise guy had once told me to NEVER RUN on seeing dogs. They sense that you are scared..something like that. But my good sense deceived me! And I ran… And that canine chased after me like I were a thief! I never knew I could run so fast! My groceries dropped, the milk spilled.. I didn’t care a damn! I ran! I jumped more gates and walls, and ran inside my building AND PRAYED that mom opens the door on the first bell! And she did!! BLESS HER! That dog didn’t stand a chance with me! Not on that day at least! I love you mummy!!! 🙂

5. When I “fell” on an uncle’s lap, in the bus!
I was getting back home from college, and the BEST bus was not so crowded (surprise!!).. It was a double-decker, and I was on the lower deck. My bus-stop was approaching, and so I was walking up to the dismounting area.. And then there was a red light! And the driver jammed the brakes! And I fell plop onto an uncle’s lap!! I was so embarrassed that I kept apologizing to him like crazy.. and he was very understanding about the whole situation too. But in all of this, I failed to realize that I never really got off his lap! Poor uncle!! When I realized that, I was doubly awkward, and almost jumped up and ran out!!! I even remember hearing him giggle after me… ugh.. But so did the rest of the passengers on board.. (sigh)

Well.. this was my bit! I know it’s a tad long.. but guess what.. I just wrote it as I remember it 🙂 And laughed too!
And I hope you enjoyed it as well…

Have a fun and memory-filled week ahead!!!

I jog back down that winding lane
Peek into all those doors again
That let me in, and bear my name

And though I see it crystal clear
I may not live it while I’m here
To me now, tis a film so sheer

For all I know, it belongs to me
Or to you, or whoever it be
But it stays as is, for eternity